Hello again, my dear friends!
The other day, I lost my favorite scissors. One minute they were there, and the next there was a child sitting right where they were supposed to be, but - no scissors! Right then and there, I decided that no scissors of mine would be lost again, and made a scissor fob.... 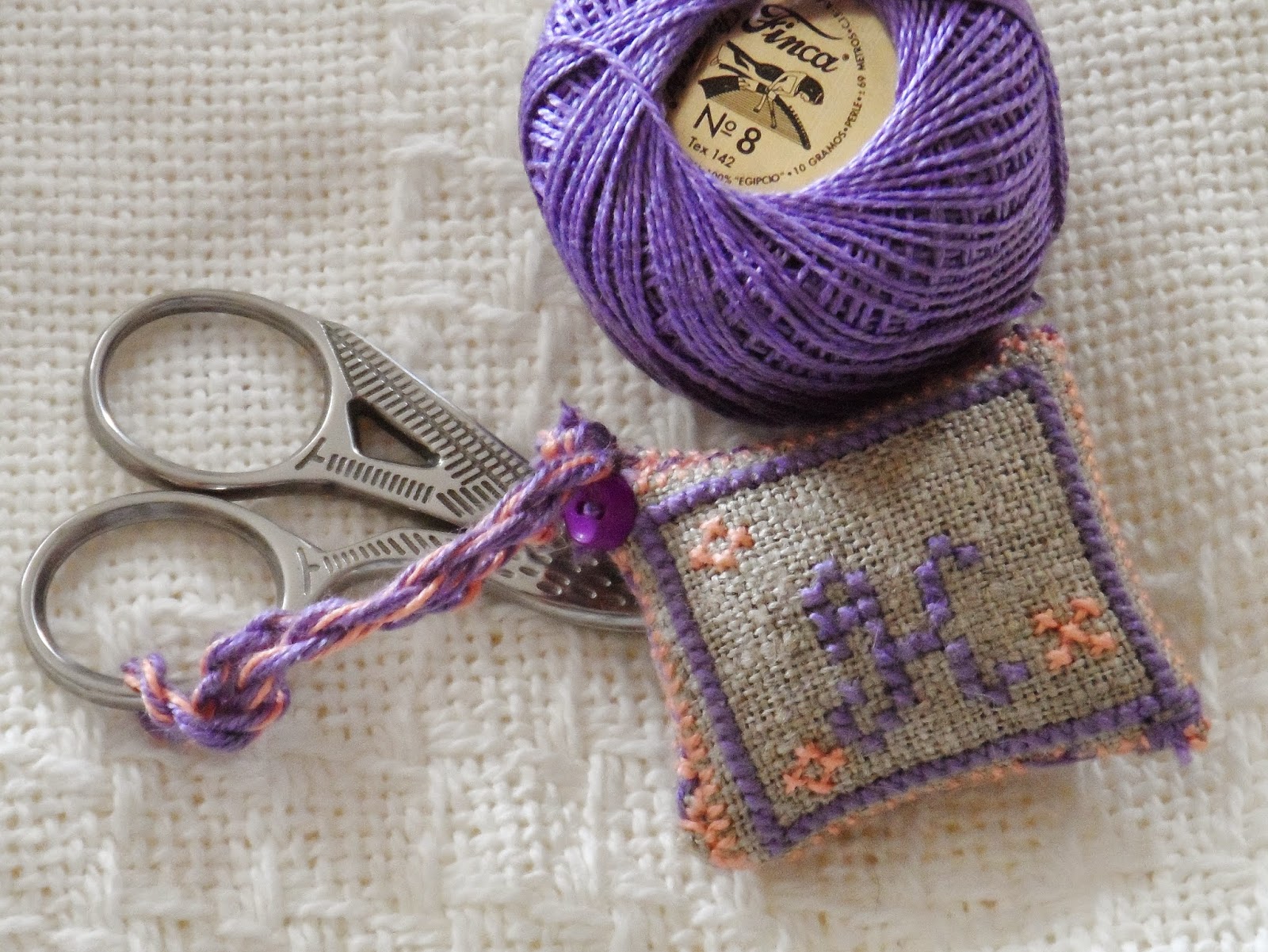 The pattern and instructions were taken from the February issue of "Just Cross Stitch". Letter "K" looked more like "A" than like itself so I did some tweaking. Hopefully, it does not look like "H" now.
I made the fob two-sided, with my initials - "KT" - on it. 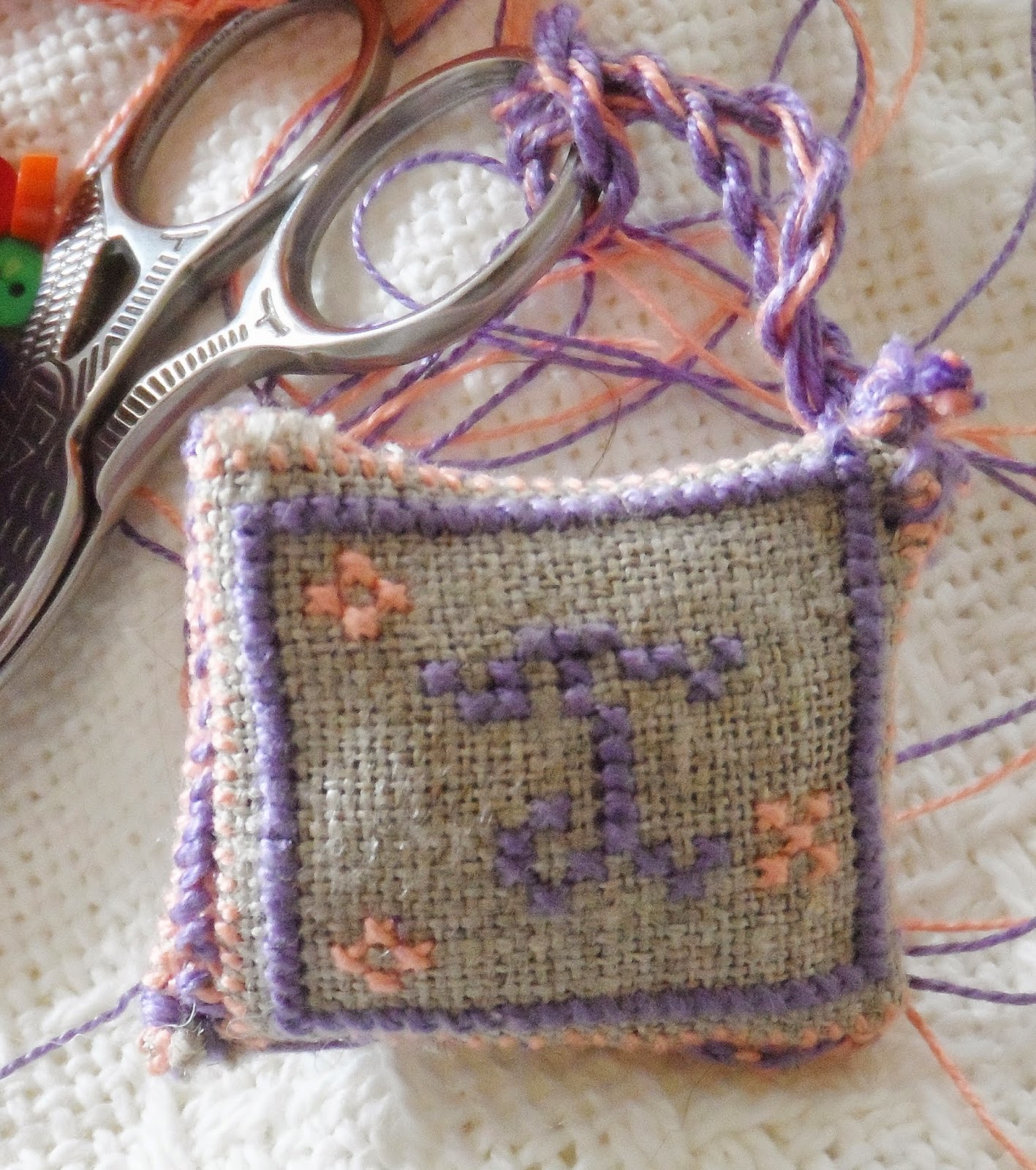 The twisted cord is also handmade - out of the same threads that were used for stitching. The magazine provided instructions for twisting the cord... using the cord making machine. What? I don't have one of these!  So, I found some very good instructions on YouTube. This lady knows her stuff!
Yet, I was frustrated. Making a twisted cord requires a steady non-moving holding point - like a bulletin board, or a wall, or... a husband? I used my husband. I came up to him, gave him the end of the thread and said, "Hold this, stand still and don't move." Then I did my cord twisting as instructed.  It worked!
Now that I am no longer frustrated, I want to mention that my DH is truly a very patient and supportive man. Not just any person can stay calm and pleasant when their spouse wakes them at 2 am and starts giving weird instructions.... Thank you, I am very grateful.

I also want to say that all the materials for this project - including scissors - were gifted to me by a good friend. Over the past couple of years, she has been giving me stitching gifts - threads, scissors, buttons - and I have been putting them away, waiting for the right moment, and - here it is. Thank you, Erika!