No Coffee, No Company... 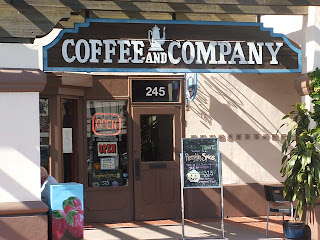 Over the past three weeks, I have been working near the town center. In the afternoon, during my lunch hour, I usually go to Rite Aid, pick up something to eat, and then go over to the coffee shop for a cup of hot cider or tea. My schedule is always the same, day in and day out, and I find particular comfort in its predictability.
However, today was different. After making my usual stop at the Rite Aid, I went over to the coffee shop. No sooner did I find a seat, the barrista asked me if I wanted anything. I said not just yet, and opened my snack. No more than a minute later another gentleman came up from behind the coffee counter and asked me if I wanted anything. When I once again said "not now, thanks," he announced to me that what they had here was a place of business, and if I did not plan to buy anything, I should not be sitting there.
Ironically, the name of the coffee shop is "Coffee and Company." It seems that, if you don't pay for their coffee, they don't want your company...
Later in the day, after work, I witnessed the same attitude from a coffee stand owner at the library, this time towards somebody else. A young boy was standing by the counter looking at drinks and sandwiches. The owner asked him if he wanted to buy anything. When he said no, she told him not to stand there.
While I understand that we all have to make a living, I can't stop thinking that the attitude of all these sales people is just plain rude! Nothing, not even financial stress and poor economy, can excuse this rude behavior. Besides, it is during the harder times when one's true colors show. It turns out that behind these barristas' friendly smiles, behind all the comfy and cozy decor there is nothing but commercial interest.
Merry Christmas! 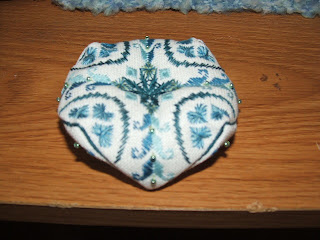